Rakeb Sile, 39, who was born in Philadelphia and raised in London, had always been interested in the arts, having even flirted with the idea of working in the music industry before settling on a career in management consulting.

But whenever she traveled back to Addis Ababa, Ethiopia, where she had lived for most of her early childhood until her family moved to Britain because of political unrest in the early 1990s, she spent time investigating the city’s growing but globally undiscovered contemporary art scene. She started collecting paintings and sometimes bought works directly from the artists because there was no professional gallery scene in terms of artist development and infrastructure.

Art became her passion, and in 2012 she took a six-month sabbatical in part because she was not sure if she wanted to stay in her career. “And I wanted to make sense of what I had collected,” she said, “to see where is the narrative.”

One of the people she was keen to meet was Mesai Haileleul, an Ethiopian art historian and a Los-Angeles-based gallery owner who had fled Ethiopia during the early days of the military junta in 1974. A mutual friend connected them when Ms. Sile was in Los Angeles, and over the span of a week, they talked about Ethiopia’s rich art history, the growing international conversations around African contemporary art and the idea of working together to promote what was happening on the ground artistically in Addis Ababa.

Once she was back in London, a Nigerian friend who was an art collector told her that the new Gallery of African Art was opening and that gallery officials did not want to debut a show with an artist from South Africa or Nigeria, countries whose art scenes have a lot of exposure internationally. 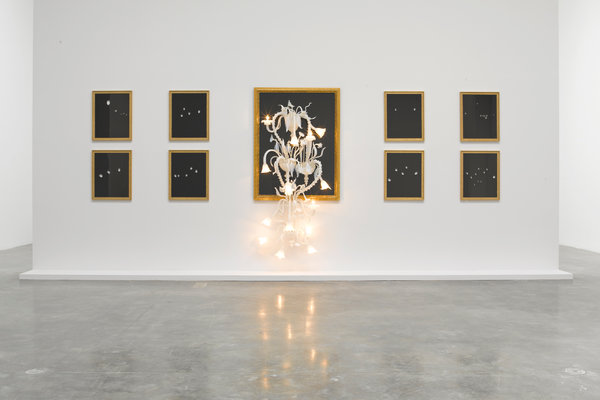 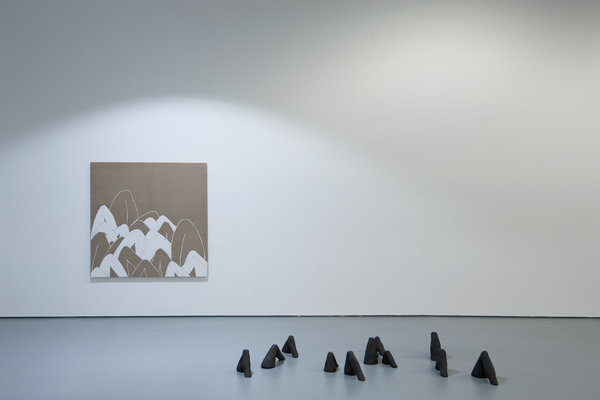 “I called Mesai, and I said: ‘We have an opportunity to do a show in London; we should do it. What do you think?’” she said, chuckling softly in the cafe of the Conduit, a private club in London where a large-scale work by Tadesse Mesfin, an artist Addis Fine Art represents, hangs in the lobby. “And he said, ‘I am in retirement.’ When he tells it, he says, ‘I thought you were absolutely crazy.’”

But that idea ended up being a solo exhibition in the summer of 2013 of an Ethiopian painter and sculptor, Wosene Worke Kosrof, who lives in California. It was a success. So with a little coaxing from Ms. Sile’s side, she and Mr. Haileleul partnered to set up Addis Fine Art with outposts in both London and Addis Ababa, where he had relocated.

“Our main goal was to be a bridge between here and the rest of the world,” Mr. Haileleul, now 63, said in a telephone interview from Addis Ababa. “It’s tough on the continent as a lot of artists do not have enough collectors to be able to support themselves so we felt like, ‘Yes, we will be based in Ethiopia, be authentic and really understand the history of the art of this country.’ It’s been one hell of a ride, and I never thought I would be working this hard at this stage in my life.”

Since Addis Fine Art’s debut at the Armory Show in New York in 2016, where the gallery showed the painter Emanuel Tegene, Ms. Sile and Mr. Haileleul have been storming across the African contemporary art scene, participating in fairs from the 1-54 Contemporary African Art Fair in London to Art Dubai and Art X Lagos in Nigeria. This week, the gallery will be at the Untitled art fair in Miami, showcasing the work of Tariku Shiferaw, a Harlem-based abstract minimalist painter.

Next year looks just as busy, not only because the gallery will move to a new permanent location in London in May. In March, Addis Fine Art will again be at both Art Dubai and the Armory Show. It will also put on exhibitions in its spaces in London and Addis Ababa.

“One of the things that has contributed to the steady success of Addis Fine Art is the fact that Rakeb has a commercial and corporate background while Mesai is an art historian,” Adnan Bashir, a collector of African contemporary art who also sits on the Africa Acquisitions Committee for the Tate, wrote in an email. “The confluence of business acumen and deep knowledge of Ethiopian art has served them well and been the bedrock of a successful commercial gallery model.”

That the majority of their artists are painters is no coincidence given Ethiopia’s rich art history that dates back to fourth-century paintings in churches, many of which still survive. The Alle School of Fine Art and Design, established in 1958, was the bedrock of the Ethiopian modernist movement with influential artists like Gebre Kristos Desta, considered to be the father of the country’s modern art scene, teaching a generation of students including Mr. Mesfin, who also taught there.

But violent political turmoil for decades — which directly led to the infamous famine in the mid-1980s — meant that not only a majority of the artists but also the collecting class either fled or were killed. Now, though, art from the country is finally being recognized, thanks to the growing international successes of artists from the diaspora like Julie Mehretu (who is represented by the Marian Goodman Gallery) and Addis Ababa-based artists like Elias Sime (who received the 2019 African Art Award from the Smithsonian’s National Museum of African Art) as well as Addis Fine Art’s platforms.

Even the political class has recently begun embracing the country’s contemporary art scene: Prime Minister Abiy Ahmed, who this year was awarded the Nobel Peace Prize for restarting peace talks with Eritrea, has works by a few of Addis Fine Art’s artists in the outer lobby of his office.

“That is one of the most striking things: Rakeb and Mesai clearly have a good eye,” said the curator Roger Malbert, the former head of touring exhibitions for London’s Hayward Gallery. “That consistent attention to quality and integrity of the program gives them special status on the London scene in terms of representing African art.”

But they have always balanced their global ambitions with focusing on the art scene in Ethiopia. That in turn has led them to organically establish something of a noncommercial arm to their work, helping to fill a gap because of the dearth of other gallery spaces, institutions, art criticism and curatorial programming. They are also creating a publishing offshoot and establishing an artist development program.

“Since Addis Fine Art joined our London edition in 2016, I have witnessed them establish themselves as one of the most important galleries on the continent,” the founder of 1-54, Touria El Glaoui, wrote in an email. “They are a leading example in harmonizing the needs and aspirations of a local creative scene with global networks and opportunities.”