Ethiopia’s Sidama people have voted overwhelmingly for a new federal region, with 98 percent choosing autonomous rule, the electoral board said on Saturday.

The result means a major shakeup in Ethiopia, with analysts saying it could inspire other groups to push for autonomy to redraw boundaries in Africa’s second most populous country, with more than 100 million people.

The official results were released by Wubshet Ayele, deputy head of the National Electoral Board, in the regional capital Hawassa, roughly 200 kilometers south of Addis Ababa.

“The November 20 polls was peaceful and didn’t have major logistical challenges, although in some places there were larger than projected queues of voters,” Ayele said.

Less than two percent of the 2.27 million people who voted in the referendum chose to remain in the existing federal region, one of nine currently in Ethiopia, Ayele said.

The poll paves the way for Sidama to become a 10th state – but also acts as inspiration for others keen to carve out their own ethnic region.

With more than 10 other ethnic groups potentially interested in holding their own referendum on autonomy, the Sidama result will have an impact far beyond the local region itself.

The referendum on autonomy sprang from a federal system designed to provide widespread ethnic self-rule in a hugely diverse country.

The Sidama – who number more than three million – have agitated for years to leave the diverse Southern Nations, Nationalities, and Peoples’ Region.

The new state will split off from the old region, and will hand tax-raising powers and control over schools, police, health and other services to the Sidamas, who would be in the majority in the state. 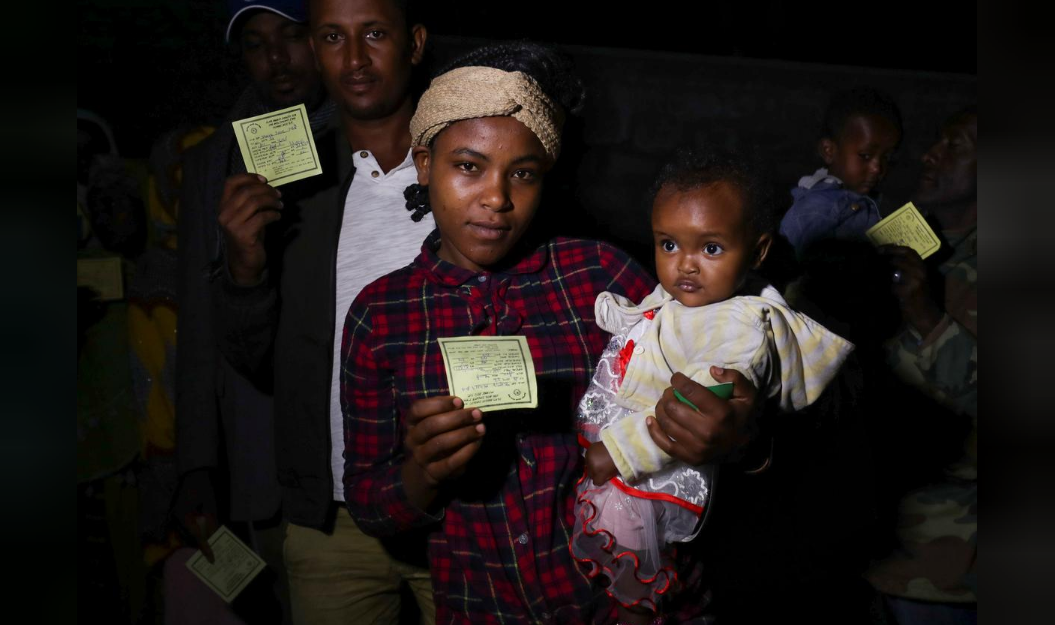 Emnet Telahun, 22, shows her voting card as she waits in a queue with her one year old daughter, Mirtinesh Mekuria, to cast her vote during the Sidama autonomy referendum in Hawassa, Ethiopia, November 20, 2019. /Reuters Photo

Abiy has already congratulated the Sidama people for the “holding a peaceful and democratic” referendum.

Creating a new state will be far harder than just voting for one.

Implementing the referendum result is expected to raise a host of thorny issues, and there are a lot of stages ahead before the new state becomes a reality.

“A new region will not be created overnight – this is just one key part of a process,” William Davison from the International Crisis Group, said ahead of the result.

“And during no part of that process should Sidama statehood harm non-Sidama residents or businesses.”

A senior police official in Hawassa told Reuters celebrations had been banned on Saturday but that festivities would be organized once the final result had been announced.

People refrained from celebrating publicly but many drivers sung and played music in their cars. Shortly after the results were announced, a group of young people gathered in Hawassa’s central square to sing and dance. They were quickly dispersed by police with whistles, and heavy rain by nightfall kept many people indoors.